Dividing Debts in a Divorce

When a couple divorces, their property, and other assets are divided between the two of them. The same goes for their debts. Many divorcing couples put the majority of their focus on what they will take instead of which debts they may be left responsible for paying them. In many cases, debts are just as important as assets, if not more.

Learn more about dividing debts in a divorce below.

Unless the couple can agree on how the debt should be split, it is up to the court to determine how to divide the couple’s debt. Utah courts divide debt similarly to how they divide assets:

When courts must determine the division of debts, they will consider the divorce situation as a whole and each party. With these considerations, the court will divide the couple’s debts in a way they deem equitable. Keep in mind, “equitably” does not necessarily mean equally, just fairly.

For the most part, debts incurred throughout the marriage and benefited the couple or family as a whole will be divided between the couple. Even if the debt is only in one of the party’s names, the debts are split. If certain assets like your family home, car, RV, boat, or similar items are not paid in full, the party who is awarded the asset typically takes on the debt or loan assigned to it. In some cases, the court will order the other spouse to pay a part of that debt.

If a debt has benefited the couple, the family unit, the court will likely divide it among spouses. However, the moment the couple separates (in most cases, when they live separately), debts incurred will typically not be split.

Generally speaking, spouses are not responsible for the others’ debts, even if those debts were incurred during the marriage. Meaning, obligations that only benefit one person are typically not split. For example, if one spouse purchases $4,000 worth of golfing equipment on the joint credit card, but the other spouse does not play golf, it is apparent that it is a separate debt. However, when one party buys a car that the other spouse does not like, but uses and has benefited from it for years, it is difficult to assign this as personal debt. The same typically goes for pre-marital debts.

Divorce is an overwhelming process, especially when you and your former spouse are working out how to divide your debts. Because this process is so complex and, for many, confusing, it is essential to have legal representation. The Ault Firm has years of experience and the knowledge to navigate this difficult time. You can rest assured that our expert lawyers will protect your rights and keep your best interest in the forefront of their minds. If you are in the West Jordan or Salt Lake City area and need legal representation, contact The Ault Firm today.

Tags
Debts in a Divorce

Helpful Mantras To Use During A Divorce

Can Divorce Agreements Be Changed? 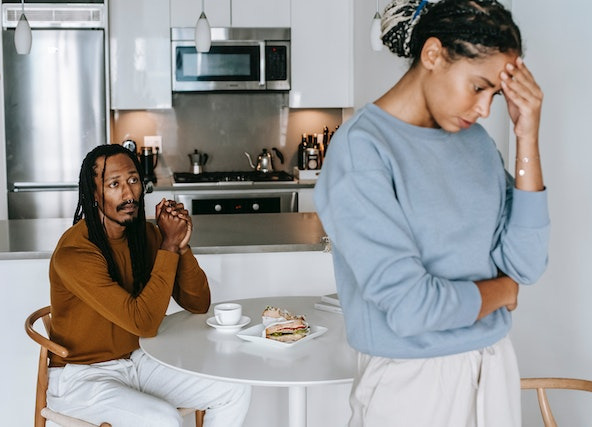 8 Signs Your Should Consider a Divorce

Divorce is a difficult decision to make, but sometimes it is the best option for a couple. Here are...
Continue reading
by info@utahwebdesignpros.com